I shall remember the deeds of the Lord; Surely I will remember Your wonders of old.  I will meditate on all Your work And muse on Your deeds.   – Psalm 77:11-12

Hanging above the desk in my dorm room is a quote from Nicki Koziarz:

Sometimes you just need to look back and remember the places God has brought you through.

Today at 9:30 am, I will attend my last class at the undergraduate level.  Wednesday, Thursday, and Friday I will take final exams, and next semester I will be a student teacher in a fifth grade class.  Lord willing, I will graduate in less than five months.

Looking back, I realize that some of the emotionally challenging days of college could have been avoided.

10 things I wish I could tell my freshman self

I would never claim that college is easy, but the past 3.5 years have been some of the most rewarding years of my life.  As I learned the ten truths that I listed above, I have grown emotionally, spiritually, and relationally.  I have seen God’s provision to pay for college and missions trips.  I have seen God’s sovereignty to orchestrate convenient class schedules and amazing summer jobs.  God showed His grace by sustaining me through difficult classes and long nights.

Truthfully, student teaching terrifies me, but I must “walk the walk,” not just “talk the talk.”

Meanwhile, I will believe the ten statements that I want to tell my freshman self.

I have never heard God as plainly as Jonah did in Jonah 1:2, but if I did, the conversation would probably go like this:

Kat: Yeah, I know You are sovereign and all that, but what You want me to do sounds hard and dangerous. Can’t I just stay here?

God: It will be hard, but it will also sanctify you.  In the end, this plan is for your good. Now go!

Kat: Um…sure…I’ll get right on that… 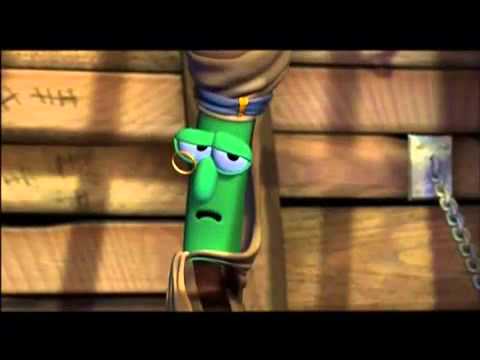 Instead of completing whatever task God had asked me to do, I make my own plans and fulfill my own desires.  A few months later, we would have this conversation.

Kat: Hey, God! I’m, uh, feeling a little stuck here.  I can’t seem to get out of this mess.  Can You throw Your daughter a line? 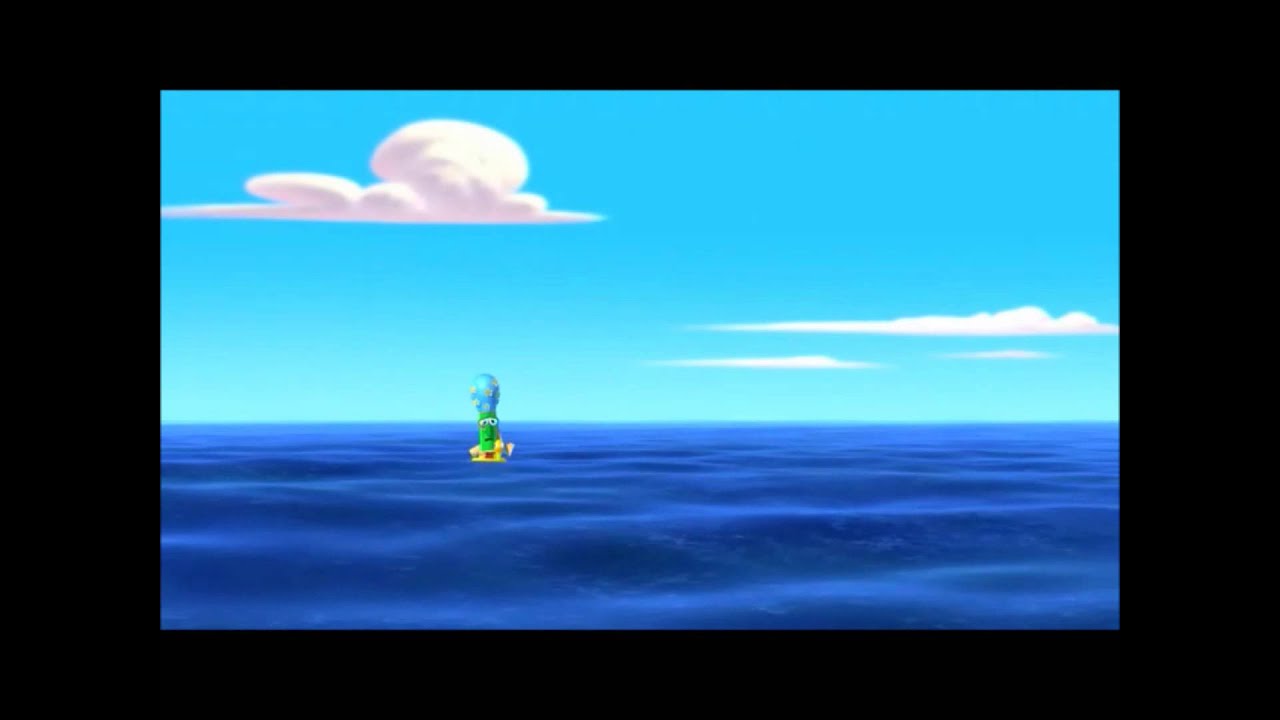 God:  I watched you the whole time you were making that mess.  Why didn’t you just do what I told you to?

Kat: I already told You!  The task that you had for me was hard.  Swimming into deep water seemed much easier.  But now I realize that I was wrong! I am drowning, but if you pull me out, I will go work on the job you planned for me.

God, in His grace and mercy would save me and give me a second chance to obey Him.  Full of piety, I would do what He told me to do and see the results He planned.

Kat: So, uh, God? It’s Kat here.  Did you happen to see what Marci did last week?  You really should punish her for that.

God: Yes, I saw her mistake.  She slipped, stumbled, and fell.  But the next day, she cried out for forgiveness, and I pulled her to her feet, just like I pulled you from the pit.

God: What good is your self-pity doing? Should I not care for Marci who has a soul with an eternal destiny?

Jonah’s story shows us that we will always fail when we go against God’s sovereign plan.

How will you respond when God calls you to do something hard?

At 11:45 on Tuesday night, I turned off my computer and crawled into bed.  At that point, Trump had more electoral votes than Hillary, but I had a suspicion that Hillary would pull ahead as more states submitted their results.  Although I was curious about who would lead our country for the next four years, I was too tired to join the thousands of individuals who were guzzling caffeine simply because they wanted to know the results.

Just under seven hours later, I rolled over and looked at my clock.  Sure enough, it was Wednesday.  The apocalypse had not happened.  America had lived to see another day.  Before even reaching for my phone, I said a prayer.  “Lord, no matter who won the election, let them lead our nation with integrity and wisdom.”

I powered on my multiple electronic devices and selected the tab titled “2016 Election Results.”  To my astonishment, the majority of the progress bar was red. Donald Trump had been elected to lead our nation.

I am neither condemning or condoning Trump.  I would probably be writing the same post if Hillary had won the election.  I do not care if our president is a male or female, a republican or a democrat, a Caucasian or a minority, a Christian or an Atheist, a politician or a businessman.  I will always vote for the individual that I believe will best lead our nation, but I will not “freak out” about the results of the election.

My lack of care is not due to ignorance, illogical hope, or “millennial apathy.”  My peace is due to Romans 13:1.

…No one rules unless God has given him the power to rule, an no one rules now without that power from God.

Even in a democracy, God is the one who appoints leaders.  He chooses to use the citizens’ votes to do so, but He is supremely in charge.

Rulers are working for God and give their time to their work.

So do not dismay.  As a new man moves into the White House, the same God is orchestrating eternity.  Our president is simply “God’s servant to help [the nation]” (Romans 13:4).

Like Loading...
Joseph had it rough; some could even argue that he had it worse than Job.  Job’s dismal circumstances were the direct result of Satan’s attacks, but Joseph was betrayed by his family and close relations.  God had blessed Joseph with favor and the promise of success only to seemingly strip him of everything and undeservedly sentence him to two years in prison.  He had every right to be bitter–justice had been violated–,and he had reason to be discontent–God’s promises to him were unfulfilled. 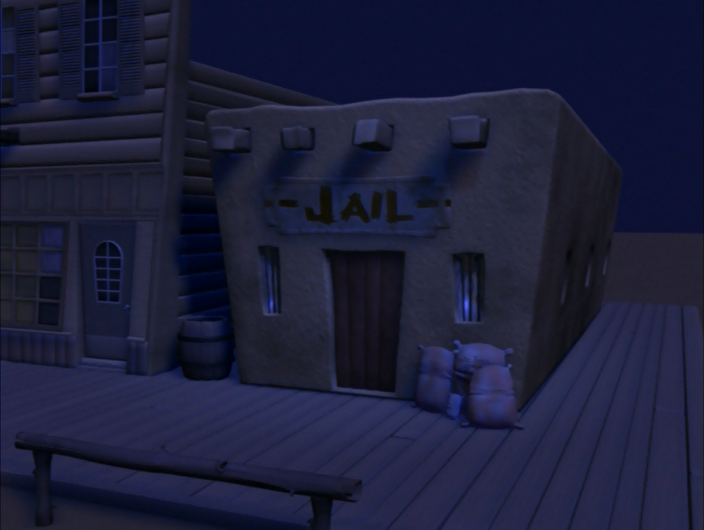 Hey, God. Little Joe here.
Not to complain or anything, but what’s going on?  I tell people what their dreams mean, and they always come true.  But you gave me a dream a long time ago, and I’m in jail.  And I didn’t even do anything!
I’m trying to do what’s right, but I’m a little confused.
Well, please be with Pa, and baby Benjamin, and most of my brothers…okay…and Jude, too.
Goodnight, God. 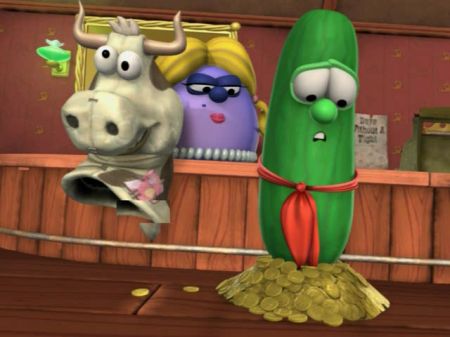 Can you ever identify with Joe?  Despite doing exactly what you think you should, everything seems to be working against you.  I cannot claim to know exactly what God is doing, but I can assure you that He is working all things together for good–for your sanctification (Romans 8:28-29).
Rest assured with this verse from the end of Joseph’s story:

As for you, you meant evil against me, but God meant it for good in order to preserve many people alive.
-Genesis 50:20 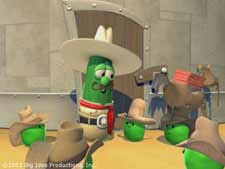 When life gets rough, remember that we can only see the present circumstances.  God is addressing all of eternity.

In light of my upcoming college graduation (only 7 months away!), people often ask me what my plans are.  But, God, I don’t know what the plan is. Since You haven’t let me in on that information yet, You might still have time to change the plan, so here is some information to help You out.

I really love taking pictures, and I have experience as a camp photographer.  If You could just make Your plan for me be that I will travel and take pictures the rest of my life, that would be great.

Yet, for some reason, You led me to major in elementary education.  God, here’s the thing:  I don’t really want to be a regular classroom teacher, so if Your plan is for me to use that degree at an elementary school, can I be an art teacher?  Or maybe a P.E. teacher or computer specialist?  Thanks.

Also, I prefer to be outside, and I hate being cold, so can you keep me in the Southeast?  I really don’t want to go too far from my family.  If you want me to move, I will go to Texas or Arizona, but don’t make me go to New England.  I would freeze to death.

And while You’re at it, I want a healthy paycheck (I promise I will still tithe), and good grocery stores.  If Aldi and some thrift shops are within 10 minutes of my house, I will be happy.

But really God, that’s all I am asking.  That’s not too hard is it?

Most nights, this is the prayer I want to pray.  I want to give God my list of personal desires and requests for my future.  In search for worldly happiness, I want to bend Him to my will.

Or do you not know that your body is a temple of the Holy Spirit within you, whom you have from God? You are not your own, for you were bought with a price.

But I am not my own…

For you are His Workmanship created in Christ Jesus for good works which God hath before ordained that you should walk in them.

…and God’s plan for me has been set from the foundation of the world.

What is more pleasing to the Lord, your burnt offerings and sacrifices or your obedience to his voice?  Listen!  Obedience is better than sacrifice.

He doesn’t need Kat to plan her own future, despite her type-A personality and attempts to be perfectly organized.  What He desires is for me to be obedient, whatever the call, wherever the place.  As terrifying as that faithful obedience is, I know that His plan is much better than mine could ever be.

For this is the will of God, even your sanctification.

Daniel read the decree and shook his head slowly.  Once again, the government had made a decree against the One True God.  According to the newest law, citizens could only pray to and worship King Darius.  “Lord,” Daniel whispered, “Is our nation too far gone?”

Years before, Daniel had began a thrice-daily ritual of praying in his window facing Jerusalem.  Despite the government’s rule, Daniel kept his appointments with God with peace.

As promised by the law, Daniel was punished–thrown into a pit of bloodthirsty lions–certain death.  Daniel faced the consequence with faith.